Novi’s mission is to provide people everywhere access to safe and affordable financial services through Libra. Novi is working to enable instant payments around the globe in the messaging apps people already use every day to communicate with friends and family: WhatsApp, Messenger and SMS.

A key insight for building social products is that people want lightweight, but highly expressive tools to show their friends who they are. This is why GIFs, Memes, Stickers, Emojis, and — notably — BitMoji are so successful. Avatars gives people on Facebook a highly personalized but lightweight way to express themselves across Facebook. I’m particularly proud of the work we put in to make Facebook avatars represent Facebook’s extremely diverse community. 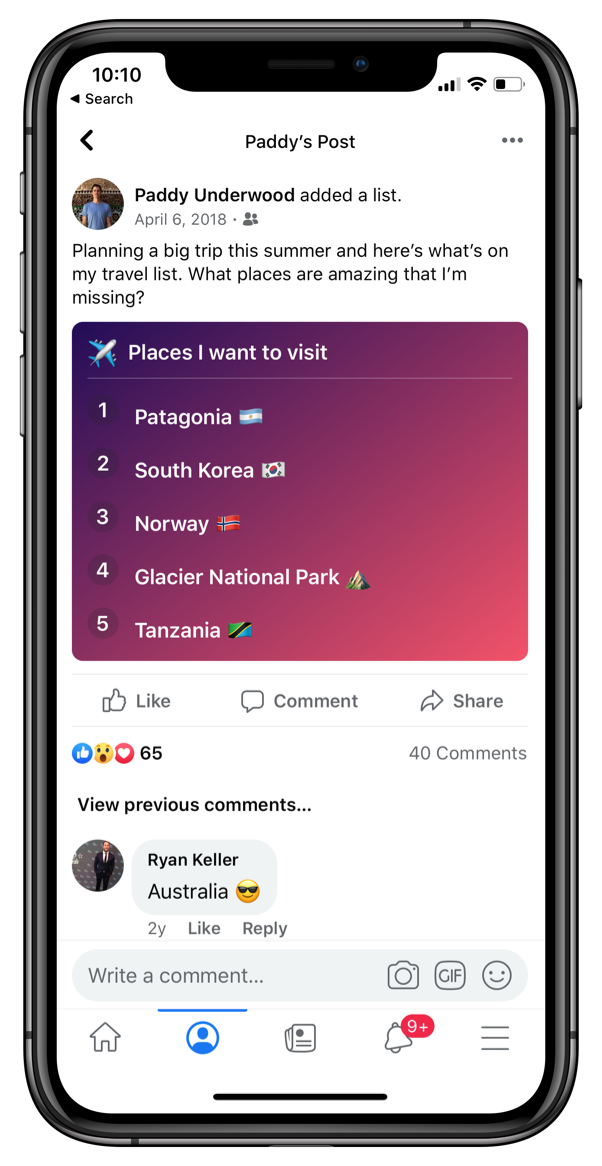 People love to share lists on Facebook: my 3 New Year resolutions, my top 5 favorite movies of all time, and viral lists like tag your 10 closest friends from childhood. We built lists to help people create easy, fun, and visually appealing lists on Facebook. 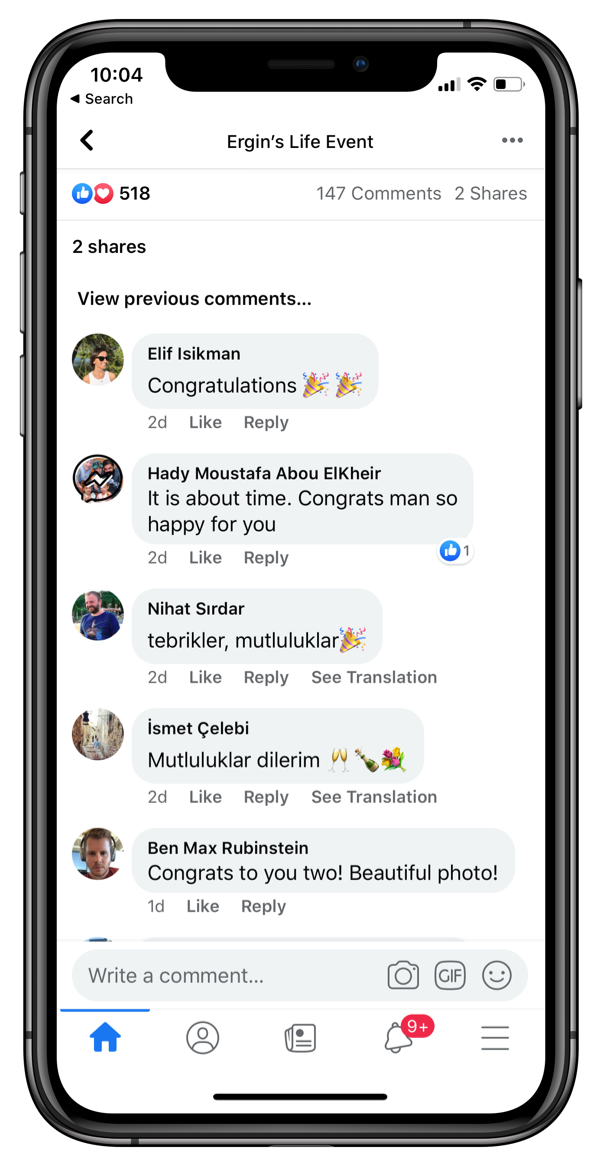 Conversations on content in News Feed are best when they’re active — with good back-and-forth between participants. We launched an updated version of the comment system that leverages the design paradigm of message bubbles and improved threading to make comments feel more conversational and real-time. 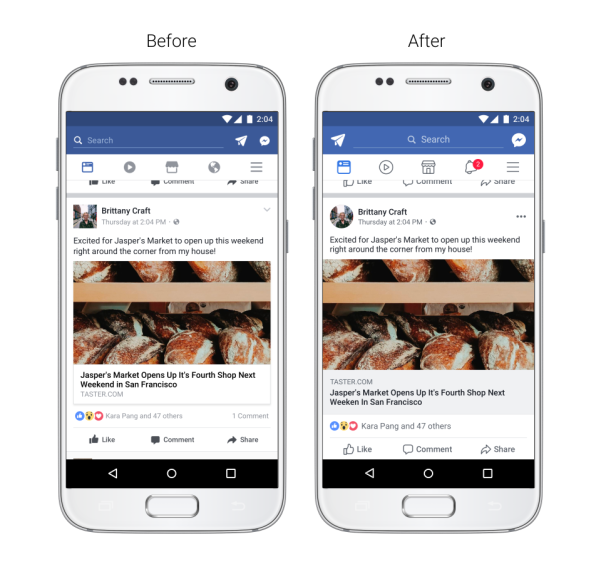 By 2017, the News Feed was in need of a visual refresh. Stories in feed felt dated, visually cramped, and didn’t take full advantage of mobile device screen which had become the primary way people used Facebook. We made updates to make all media types full bleed, updated iconography to be flat and modern, made profile photos circular to make it easier to identify people vs. content, and used white space to make stories feel less cramped and more legible. 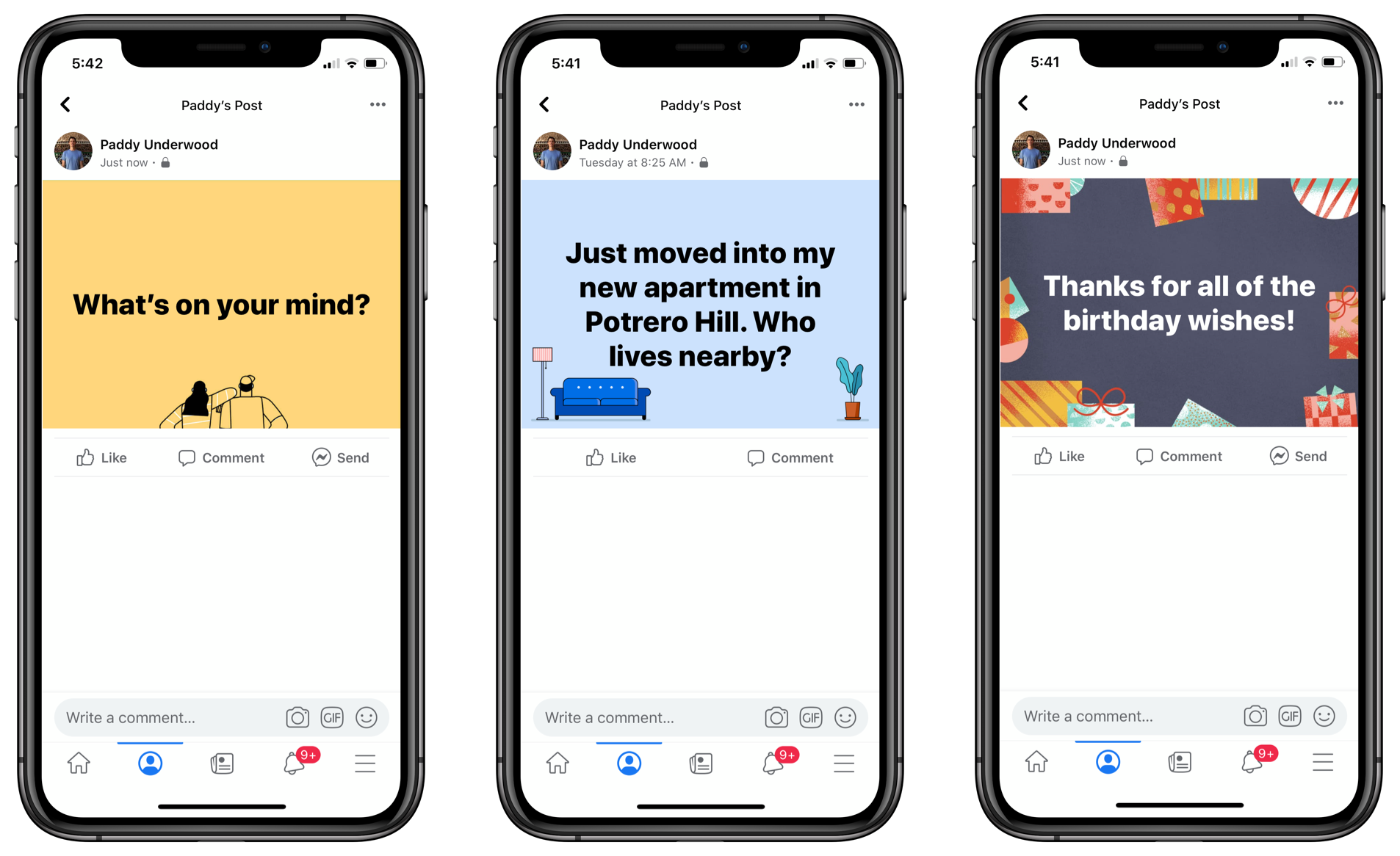 Initially, Facebook was mostly text posts. Over time, driven by the rise of smartphones, media like photos, videos, and links came to dominate the News Feed. But sometimes you don’t have the perfect photo or video to share what you’re feeling or thinking. We built post backgrounds to elevate the simple text post to the same level visually as the rest of the modern media-heavy News Feed. 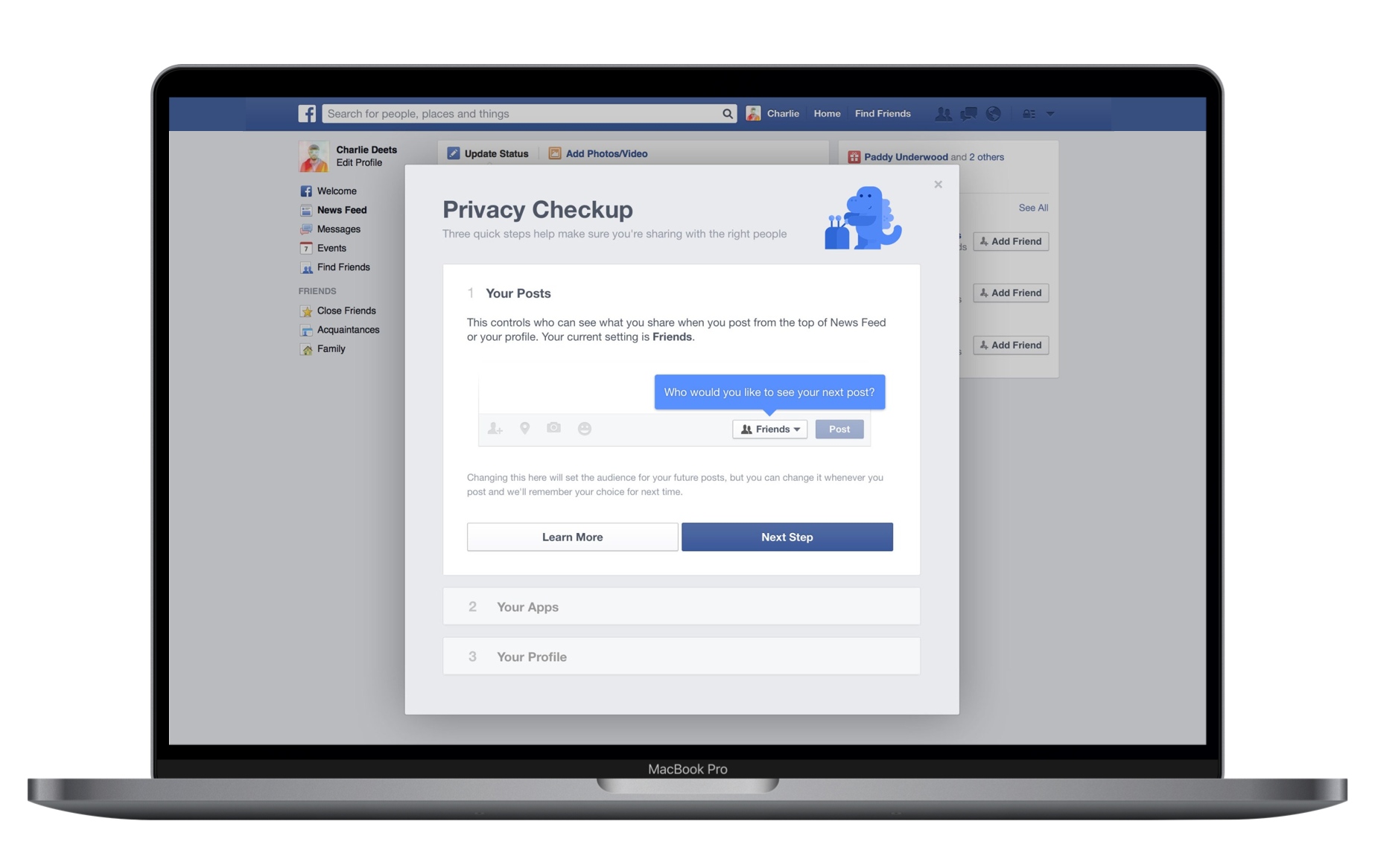 People come to Facebook to share with friends and family — not with Facebook. We built the privacy checkup to help people make sure their privacy settings are set up just the way they want. Since Facebook launched the privacy checkup, other tech co’s have since launched their own (they say imitation is the sincerest form of flattery — ahem Google). 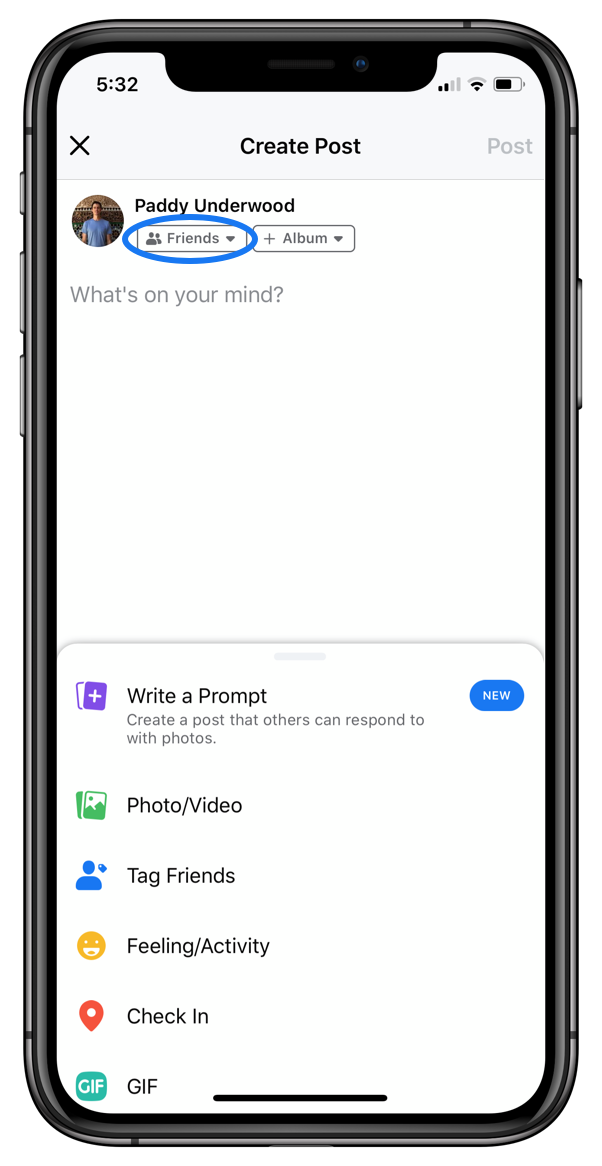 Making Facebook a safer place to connect and share with just the right people, we changed Facebook’s default privacy settings from Public (everyone can see your posts) to Friends only. 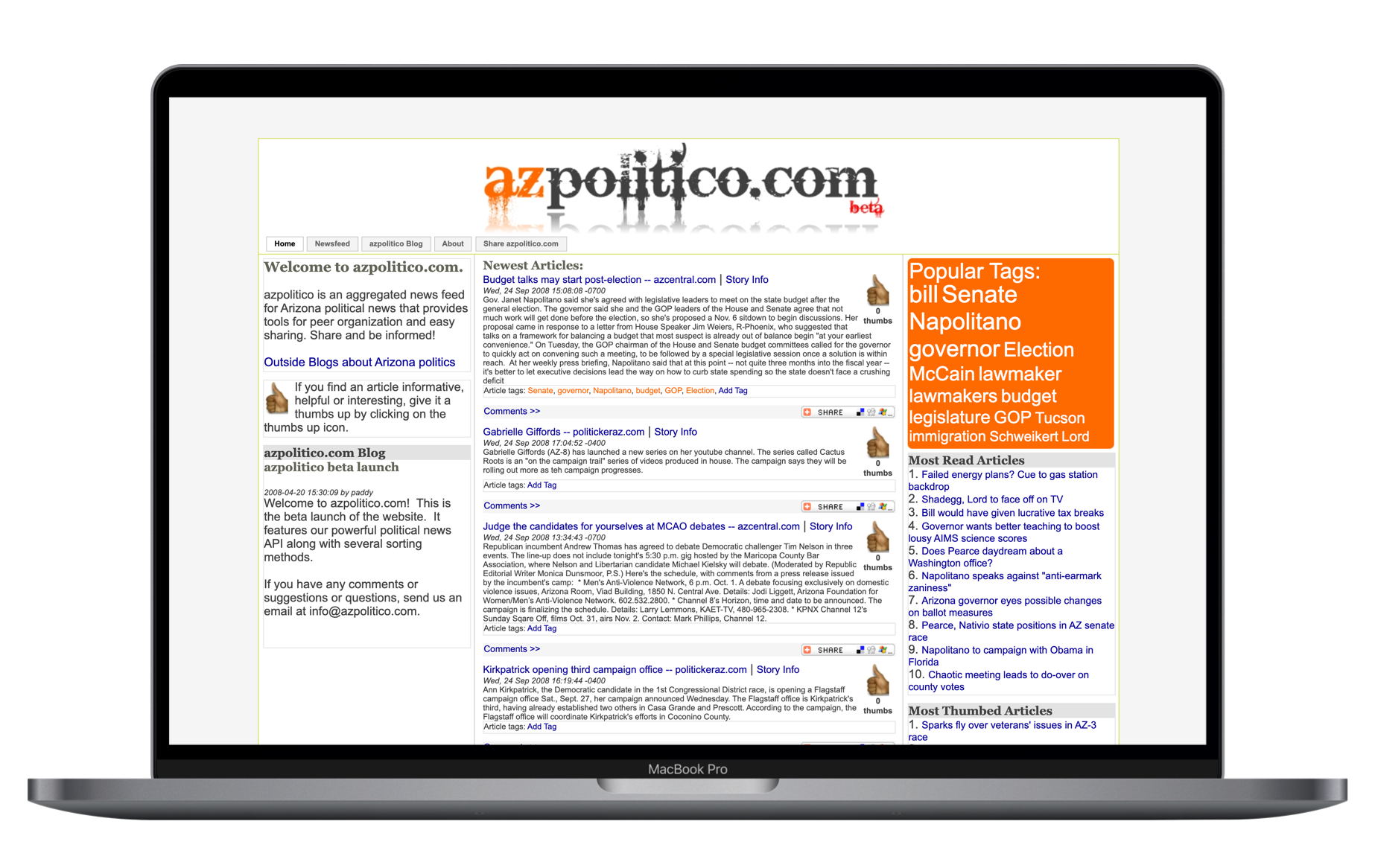 In 2008, state-level political operators and news junkies didn’t have a great place to keep up with and discuss state political news. azpolitico.com aggregated state political news from all Arizona news outlets and output a chronological feed with basic social features (likes and comments). I built azpolitico.com in college to scratch my own itch and flex my coding skills. It was really my first foray into building a product for other people.